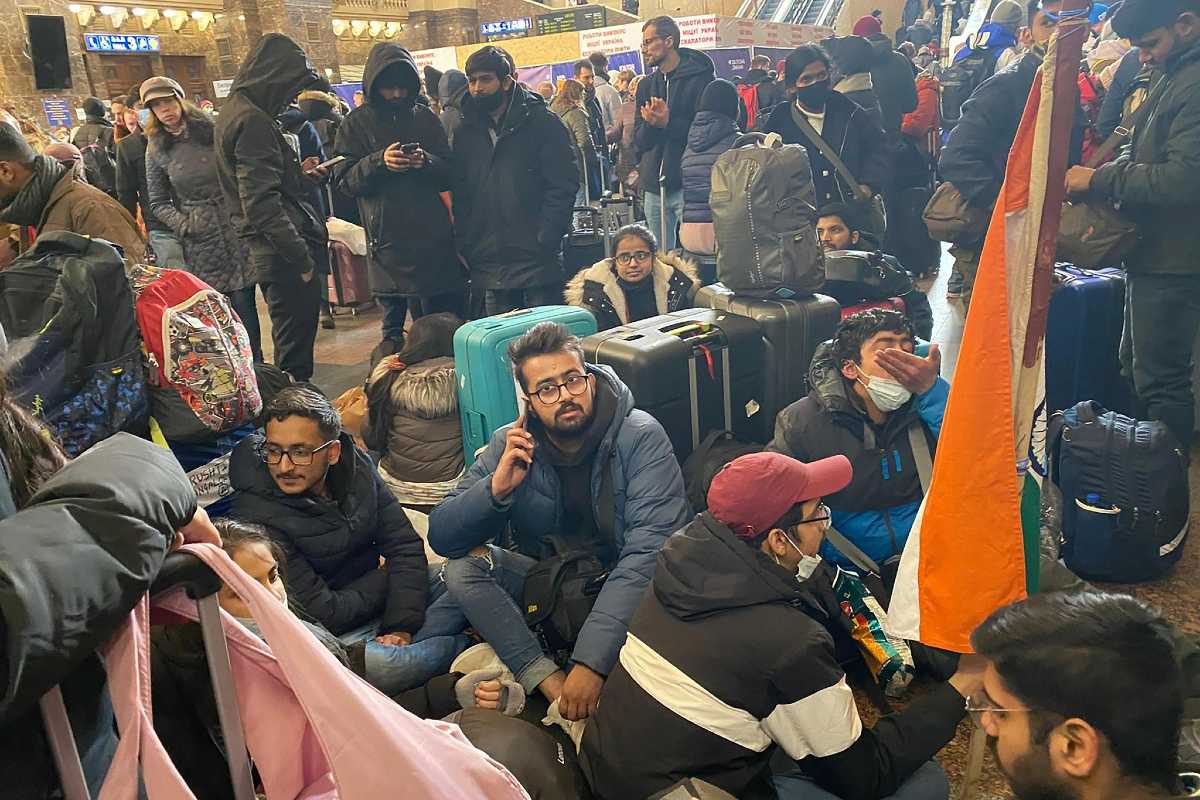 The Hungarian Embassy said that all Indians with their own accommodation would soon arrive in Budapest.

The Indian embassy in Ukraine on Sunday March 6 asked all Indians still stranded in this country in conflict to urgently fill out an online form. “All Indian nationals still remaining in Ukraine are URGENTLY requested to complete the information in the attached Google form. Be safe, be strong,” he said in a tweet.

The contact details sought in the Google form, which can be found here, are name, email, phone number, address of current stay, passport details, gender and age of the person. In the Google form, the embassy also asked for an indication of the current whereabouts of Indians stranded in Ukraine. A list of locations has been provided in the form and an option is given to select the location from it.

The Indian Embassy in Hungary also posted a tweet. “Important Announcement: The Indian Embassy is starting its final leg of Operation Ganga flights today. All students staying in their own accommodation (other than that arranged by the Embassy) are requested to reach @ Hungariacitycentre, Rakoczi Ut 90, Budapest between 10 a.m. and 12 p.m., “It said.

India brought back its nationals from Romania, Poland, Hungary, Slovakia and Moldova after crossing these countries from Ukraine via land border transit points. At a press conference on Saturday, External Affairs Ministry spokesman Arindam Bagchi informed that a large number of Indians, except those stranded in Sumy and Kharkiv, have now left the country. ‘Ukraine.

Bagchi said the focus was now on the Sumy region. He also said that more than 13,300 Indians had been brought home in 63 flights under the “Operation Ganga” evacuation mission. He said India’s main focus now was to evacuate around 700 Indian students from the eastern Ukrainian city of Sumy, which has witnessed bombings and airstrikes. .

Read: No water or electricity: Indian students in Sumy, Ukraine holed up amid shelling outside