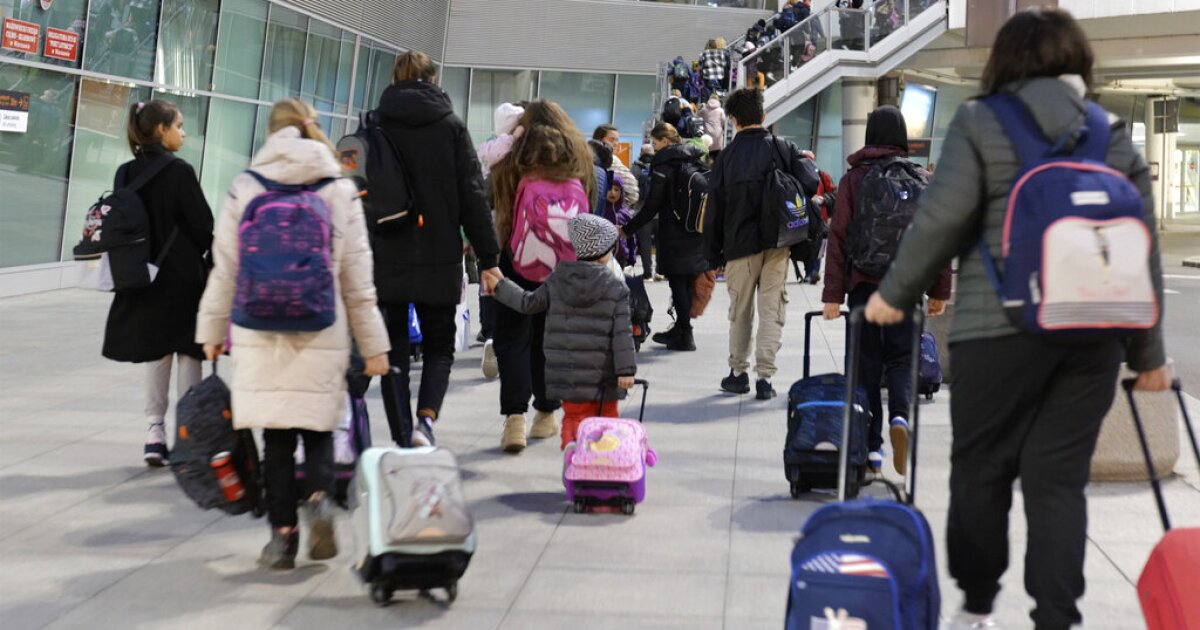 SAN DIEGO (KGTV) — The Department of Homeland Security will begin a new process to provide Ukrainian citizens who have fled the country since the start of the war will begin Monday.

Rather than going through the southern border and applying for asylum, Ukrainians will apply for parole through a new online process called, “Unite for Ukraine.”

Humanitarian parole would allow people who would not normally be allowed to enter the United States to live in the country temporarily, according to the US Citizens and Immigration Services.

Vino Pajanor, CEO of the Catholic Charities Diocese of San Diego, said he believes the program was created to stop this trend.

They don’t use other means to put themselves in harm’s way to get to a safe environment like the United States,” he said.

He added that since the beginning of the war, the program has helped about 60 Ukrainian families to settle.

“We hope, fingers crossed, that it will be better than the normal treatment of refugees,” he said.

“It won’t happen overnight, it may take weeks or even months to get people tested, but it will get better,” he said.

There are conditions to qualify:

If accepted, Ukrainians will be able to travel throughout the United States and be considered for humanitarian parole for up to two years as the case may be, according to DHS.

If released on parole, they will be able to work in the United States

Any US citizen can apply to be a sponsor. Applicants will be required to declare financial support and pass security checks.