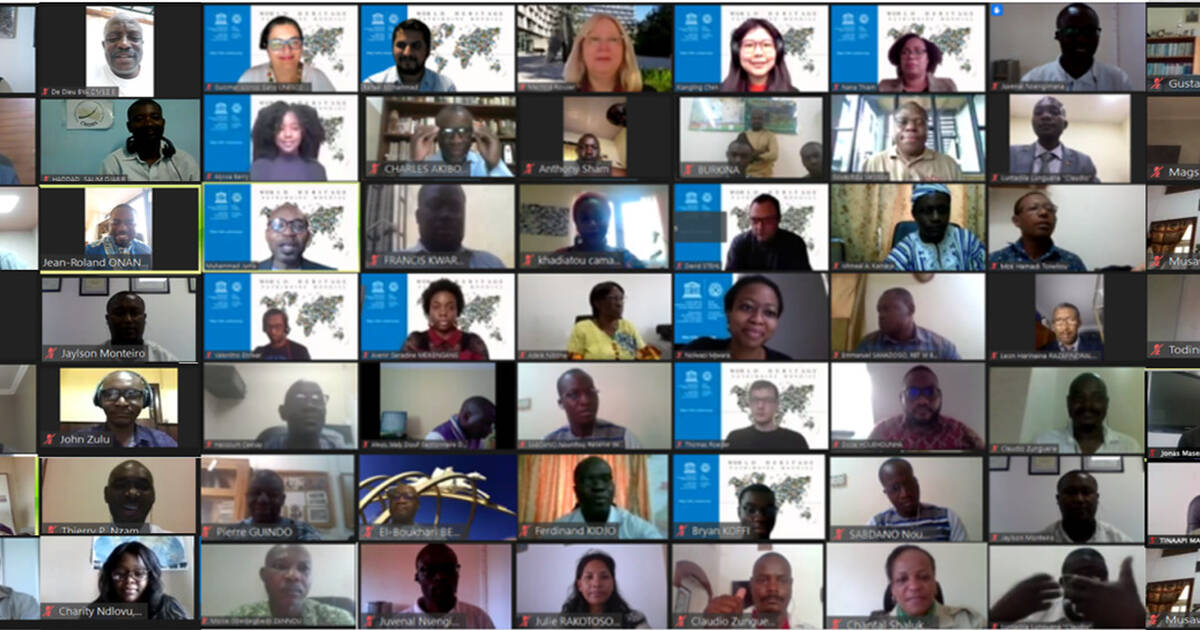 The World Heritage Center in collaboration with the five field offices in the African region (Abuja, Dakar, Harare, Nairobi and YaoundÃ©) and the African World Heritage Fund organized four online workshops, between November 27 and December 3 2020, with site managers from each of the African sub-regions to share and discuss the preliminary results of the Periodic Reporting Questionnaire, submitted by States Parties last July. The four sessions were planned as follows:

The objective of these workshops is to bring together the managers of African sites to reflect on the Third Cycle of Periodic Reports. They were 100% successful in completing and submitting their questionnaires under exceptional circumstances, having been directly affected by the COVID-19 pandemic during the reporting exercise. The Director of the World Heritage Center, Dr Mechtild RÃ¶ssler, in her opening speeches of the first and second workshops, congratulated the efforts made by site managers who “demonstrate the determination and continued commitment of actors in the African region in the implementation of the World Heritage Convention, as well as the strong and fruitful synergies that exist between them â€.

The main objectives of this series of meetings are to collect and consolidate the contributions of site managers to the on-going preparation of the draft Action Plan for the third cycle (2022-2027), and to strengthen the implementation of the World Heritage Convention as an instrument for promoting sustainable development and Priority Africa, in accordance with 2030 Agenda for Sustainable Development and Agenda 2063: The Africa We Want. As such, site managers are invited to suggest priorities and actions to promote sustainable conservation and effective management in Africa.

The importance of creating a network of site managers in the region is also highlighted as a step to strengthen capacity development and knowledge exchange, as well as the creation of a professional body to share the experiences. best practices in the implementation of 1972 Convention in Africa.