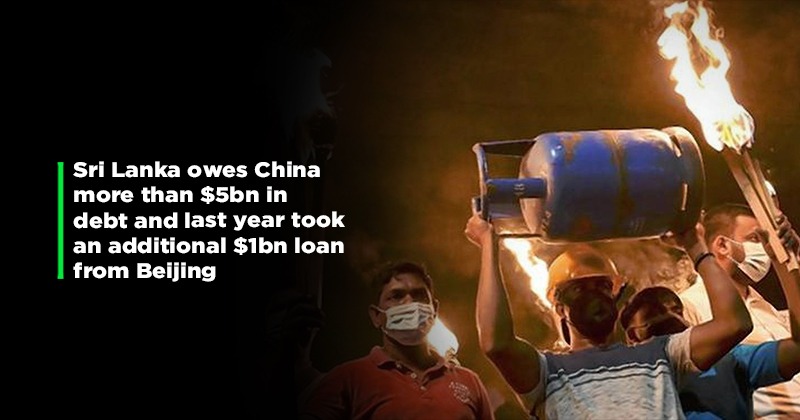 Sri Lanka faces a deepening financial and humanitarian crisis that could drive it into bankruptcy in 2022 as inflation hits record highs.

According to World Bank estimates, five million people in Sri Lanka have fallen below the poverty line since the pandemic hit, which is described as a “huge setback equivalent to five years of progress”..

What caused the economic crisis in Sri Lanka

The collapse facing the government, led by strongman President Gotabaya Rajapaksa, is partly caused by the immediate impact of the Covid crisis and the loss of tourism, but is compounded by high government spending and tax cuts eroding state revenues, large debt repayments to China and foreign exchange reserves at their lowest level in a decade.

In the meantime, inflation was boosted by the government printing money to repay domestic borrowings and foreign bonds.

The World Bank estimates that 500,000 people have fallen below the poverty line since the start of the pandemic, the equivalent of five years of progress in the fight against poverty.

Inflation hit a record high of 11.1% in November and soaring prices have left those who were once well off struggling to feed their families, while basic necessities are now unaffordable for many.

The loss of jobs and vital foreign income from tourism, which typically accounts for more than 10% of GDP, has been significant, with more than 200,000 people losing their livelihoods in the travel and tourism sectors, according to the Council world of travel and tourism.

China’s role in the crisis

One of the most pressing issues for Sri Lanka is its huge external debt burden, especially to China. It owes China more than $5 billion in debt and last year took out an additional $1 billion loan from Beijing to help it deal with its acute financial crisis, which is being paid in installments. ..

Over the next 12 months, in the public and private sector, Sri Lanka will have to repay approximately $7.3 billion in domestic and foreign loans, including a $500 million international sovereign bond repayment in January. However, in November, available currency reserves were only $1.6 billion, according to The Guardian.

Sri Lanka has launched a national strategy for India with the aim of integrating its “fragile” economy into the Indian economy with a focus on eight sectors to boost fortunes. Gotabaya Rajapaksa’s government has identified eight sectors including energy, refineries, power grid, ports, real estate, tourism and ICT to attract India’s investment and footprints in the island nation , reported ET last month.

In January, India confirmed a $400 million currency swap with Sri Lanka while postponing another $500 million to be settled at the Asian Clearing Union (ACU), in a bid to help the island nation to cope with an unprecedented economic crisis. 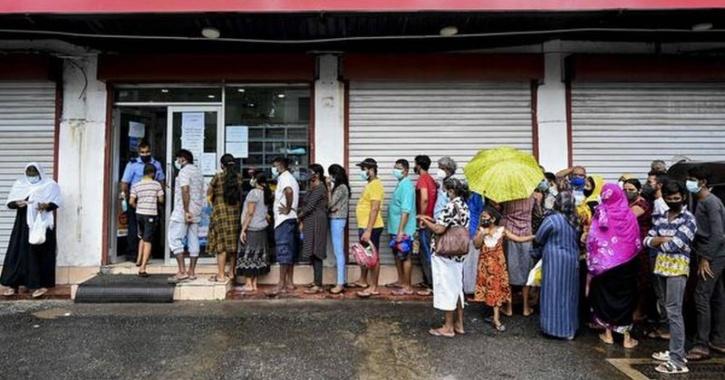 India’s aid follows a request from Sri Lanka during Finance Minister Basil Rajapaksa’s visit to New Delhi in December, for emergency financial assistance, including lines of credit for the import of essential commodities and a currency exchange to supplement Sri Lanka’s depleting foreign exchange reserves.

The developments have prompted political commentators in Sri Lanka to pit India and China against each other, providing timely assistance to the island nation.

In July 2020, the RBI extended a similar swap facility â€“ for $400 million â€“ to help Sri Lanka cope with the impact of the first wave of the pandemic, and then scheduled a three-month rollover. until February 2021, when the Central Bank of Sri Lanka settled it.

For more explainers, news and current affairs from around the world, please visit Indiatimes News.